The Val di Noto, situated in the southeast area of Sicily, is an area rich in art inheritance and history. Our expert team has carefully picked our villas in Val di Noto to ensure you the most authentic Sicilian experience.

Look now at our collection of villas in Val di Noto and pick your favourite! 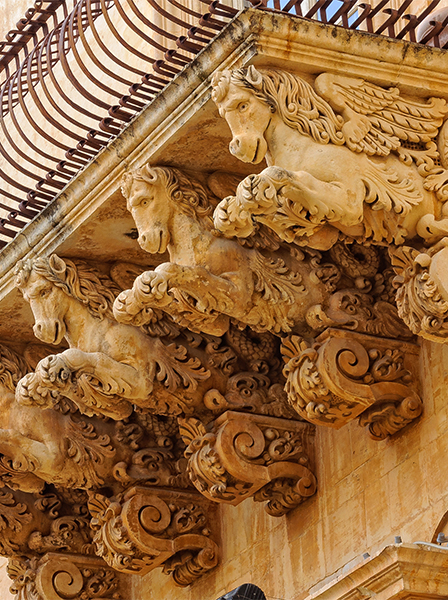 The history of Val di Noto dates back to 664 B.C. It was the first colony Corinthian settlement at Syracuse.

The settlements of the Val di Noto were destroyed by the huge earthquake that occurred in 1693 in Sicily. After the earthquake, many towns were rebuilt on entirely new sites, such as Noto.

At that time, the kings of Spain ruled the town, and they granted Giuseppe Lanza the authority to redesign the damaged towns in a baroque and renaissance style.

The new structure of the town was redesigned to have a town square in the centre and to spread out in a radial pattern from there. Many buildings like churches, palaces and cloisters were built as reference points for the new streets.

The towns were rebuilt following the Sicilian Baroque style; the most important of which is the town of Noto itself, which is today a famous tourist destination due to its refined Baroque architecture.

Today, Noto is a wonderful destination which welcomes tourists throughout the year. You can discover its beauty by staying in one of our fantastic Villas in Val di Noto. Look at our catalogue and choose the best one for you!

If you want to get to know Noto and the habits and traditions of its local people, we advise you to walk through the small, but lovely small streets of the old town and taste the typical food of the area.  Characteristic markets, bars, and many other places deserve a visit.

We recommend you have breakfast in the central square of the old town by observing the cathedral and visit the many churches rich in history and art.

In addition, we advise you not to miss the beautiful beaches such as the beach of Calamosche, in the Vendicari Nature Reserve, a protected haven characterised by the notable calm and clean waters of the Ionian Sea.

In Noto, you will find many other fantastic attractions that you can experience during your stay in one of our Villas in Val di Noto.

The collection of villas in Val di Noto includes a selection of the most comfortable villas with pool in Sicily to make your vacation the most relaxing possible!

Val di Noto has been part of UNESCO since 2002 and is known for its architecture in the late baroque style. If you stay in one of our villas in Noto, you’ll be able to walk among fascinating architectural sites.

In your tourist tour in Val di Noto, we recommend you visit mainly Noto, but also its neighbouring areas.

In Noto, you should visit the San Nicolò Cathedral, which is a fine example of Sicilian Baroque Style, and Corso Vittorio Emanuele which starts at the imposing gateway of Porta Reale and extends west to the main square of the town.

Moreover, you should visit the Church of Saint Dominic, another wonderful example of a Baroque building.

In addition, we advise you not to miss the beautiful Vendicari Nature Reserve, but also the other beaches located on the south-east Sicily’s shoreline.

Finally, you should participate in spring in the well-known event “Infiorata di Noto”, which is a festival of colourful flowers.

Choose your favourite villa in our catalogue in order to live a unique experience! Look at our selection of villas in Val di Noto and book the most suitable for you.